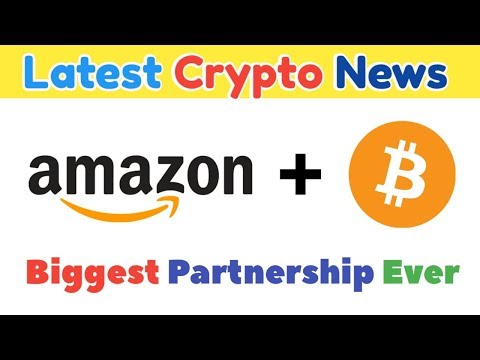 There was a post about Binance teaming up with Chainalysis where I commented my concerns but the post didn't get enough traction. So I want to share some concerns and instigate some discussion around the topic.

Chainalysis is a company that leases investigation software to companies and governments to track and identify the users of cryptocurrencies like Bitcoin.
I can understand the positives to something like this which may be useful for tracking criminals and ensuring compliance. However, where do we draw the line? For a lot of people this goes against the fundamental principles of cryptocurrency.
I'm not saying this company or their software shouldn't exist, but I don't think we should support them or anything like them unless their software was to be used for research purposes to improve the sector. The software or act itself isn't bad per se rather the intention and circumstances around them are perturbing.
I have grave concerns that powerful groups and individuals - whether government, law enforcement or corporations can contract companies like Chainalysis to punish individuals even for legal activities.

Not to mention a lot of these companies are interconnected and invested in each other, which isn't a negative itself - but may raise red flags.
E.g. Digital Currency Group is invested in Chainalysis, and also has financial positions in Blockstream, Bitpay, Bitso, Bitwala, Brave, Circle, Civic, Coinbase, CoinDesk, CoinJar, Decent, Kraken, Ledger, Luno, Parity, Purse, Ripio, Ripple, ShapeShift, ZCash etc.
Funders Club which invests in DCG, which invests in Chainalysis is also invested in Coinbase, Slack, Chainalysis, Gitlab, KickPay and dozens and dozens more.
Techstars is also partnered with Target, IBM, Amazon Alexa, Ford, Barclays, Bosch and many other big companies.
I know this is a relatively emerging space, and it's not uncommon for start-up accelerators, VC and Angel Funds, and Investment companies to be few in number and willing to shell out the big bucks. However I do hope the trend reverses while crypto furthers into mainstream view and is adopted more regularly which will pave the way for great competition for funding seed rounds or even more distributed crowd-funding outcomes.
In a world where everyone and everything is connected, surely this is not what we had in mind?


"“It was a bright day in April, and the clocks were striking thirteen.”"

Chainalysis has services for governments to "Leverage pattern recognition, machine learning and open source references to identify suspicious activity across billions of cryptocurrency transactions." and imagine if authoritarian governments use it to track legitimate uses. Or a country where crypto is illegal, the government can use Chainalysis (who could partner with exchanges) to track who is using it and punish them. I hope they don't work with governments like China, Iran, Egypt, Saudi Arabia, Pakistan, Syria, North Korea, Myanmar, Indonesia, Syria, Chad etc where either using Bitcoin is illegal or they're authoritarian, corrupt regimes. Most of the above aren't even sanctioned by OFAC.
Imagine the Chinese government using this on their citizens given their corruption, random kidnappings and threats. Even the former Chief of Interpol wasn't safe. Or the Egypt Government sentencing an activist for 2 years for merely publishing a critical post on social media. Or activists getting charged with "contact with foreign entities with the aim of undermining the country’s stability and social fabric” for campaigning in Saudi Arabia.

The IRS also has a contract with Chainalysis to identify users and link them to transactions.
Here's a letter from a Chainalysis Co-Founder sent to the IRS, saying they have information on 25% of all Bitcoin addresses, and that was in, or before August 2017.


Transactions in Bitcoin are made with pseudonyms, which need to be tied to real world identities in order to gain insights about the parties involved in a transaction and their purpose. Our tool has information on 25 per cent of all Bitcoin addresses, which account for approximately 50 per cent of all the Bitcoin activity. We additionally have over 4 million tags on Bitcoin addresses that we have scraped from web forums and leaked data sources including dark market forums and Mt Gox deposit and withdrawal information.


Source: Fortune
It's scary how they use the word "need" and how much info they have "tagged."
Here's a document showing the contract between Chainalysis and the IRS.
The contract began during November 2015, where the first invoice amounted to $13,188 for a 12 month license to use Chainalysis' Reactor Investigator software.
 What do you think? Are my fears valid? Will this be used against us in the future?

In case you missed it: Major Crypto and Blockchain News from the week ending 12/14/2018